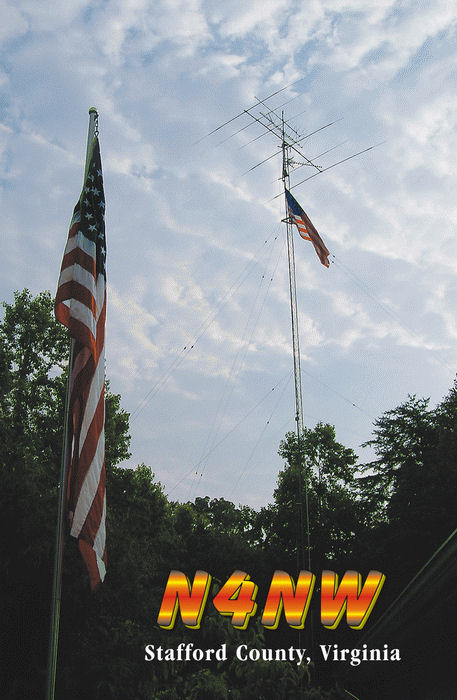 N4NW was 1st licensed in 1969 as a novice operating as WN4OXD in Norfolk, Virginia. Within a year Tom upgraded the novice license to Advanced and became WB4OXD.  In 1975 he became an Extra. One of the first DX’ers that Tom met was Tom Harrell - N4XP, then K4TSJ. Since then Tom & Tom have become close friends.

Between 1970 and 1979, while living in Norfolk, Tom was an extensive DX'er. He began contesting after accepting a position with the FCC in 1979 and relocated to Maryland working with the FCC’s Special Enforcement Facility. In 1981, N4NW joined the Foreign Service and anticipated being DX.

Summer 1982, Tom & his family was assigned to Ghana (9G1). By the time he reached Accra, a new government had taken over in a coup d’etat which banned amateur radio operation there. Fortunately, Tom's position extensive travel to other US embassies and after a year he moved with his family to Abidjan, Côte d`Ivoire.  There he quickly became operational as TU2NW.

It was in 1983 while operating in his 1st DX contest from a DX location that he scored 4,155,840 in the CQ WW DX SSB Contest, placing third in the world as all band single operator and 1st for Africa. That first serious DX contest effort launched N4NW toward winning top honors in the 1984 ARRL DX Contest for Africa and every ARRL DX Contest Phone & CW ARRL plaque for Top African score in 1986, `87, `88 & `89. Also, in 1988 9Q5NW (N4NW) took top honors in the JA International DX Contest for Africa. In 1987 another CQWW DX Contest plaque for single op CW with 7,586,300 points to take the Gordon Marshall award once again.

Contesting from Africa took place as N4NW was assigned in Côte d`Ivoire, South Africa and Zaire, with many smaller DX-pedtions as he visited various US embassies for short temporary travel assignments in association with embassy duties. After leaving Côte d`Ivoire in 1984, the next assignment was South Africa where Tom not only participated in the negotiations with the South African government on amateur radio reciprocity agreement, but was issued the first reciprocal license under that agreement as ZS6USA. That call sign has now been assigned to the US Embassy Pretoria for amateur radio use by hams assigned there.

Departing Pretoria in 1986, N4NW went to Kinshasa Zaire (Congo). There, the embassy provided an excellent QTH location on the top of the hill overlooking all of Kinshasa as well as across the Congo River to Brazzaville, Republic of Congo. Here is Tom seated at the main operating position for 9Q5NW.  The excellent signal from 9Q5NW was directly attributable to the Alpha amplifiers $ a KT-34a @18m. 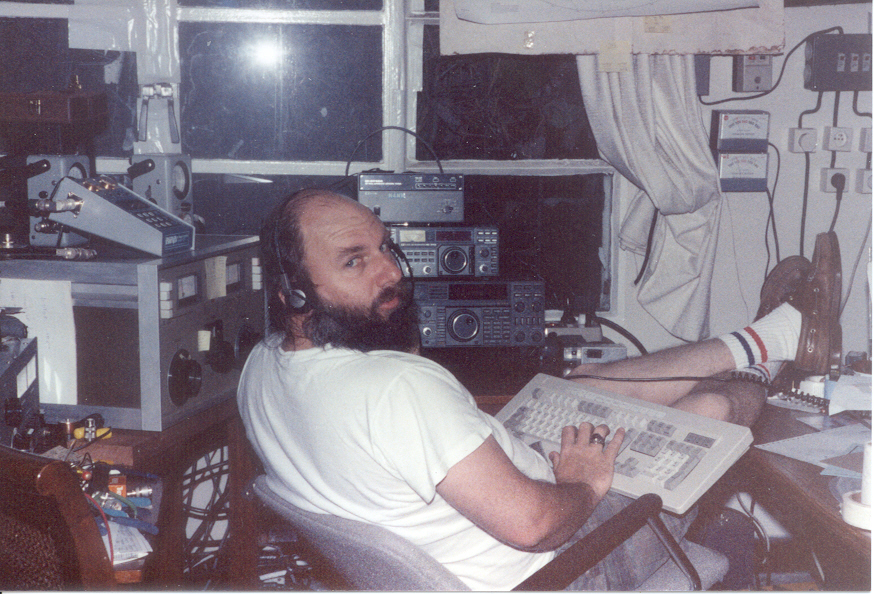 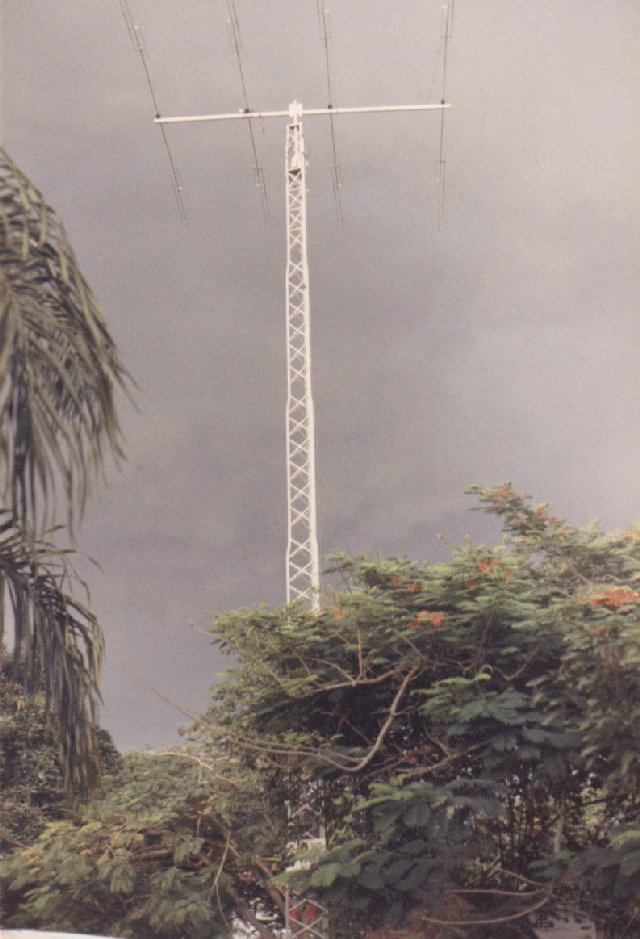 The picture below is Tom operating as TN4NW in Brazzaville, Republic of Congo. 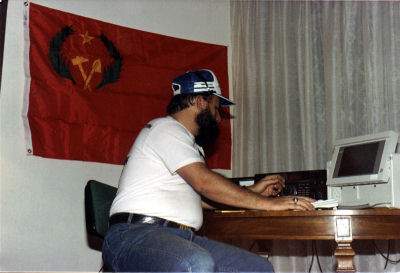 Completing an effort started in 1983 while on a temporary trip to Brazzaville N4NW was granted permission to operate an amateur radio station from the Republic of Congo. Over the long 4th of July weekend, TN4NW became active on July 1, 1988. For four days, the then 19th most needed country on the 1988 DX Bulletin's Most Needed DX List started to tumble from that lofty perch. Between July 1st and July 5th , between sandwiches, some antenna installation help from the USMC Security Detachment - Embassy Brazzaville N4NW managed to put more than 13 thousand QSO's in the log

Not only was the TN4NW operation unique in that it took five years and more than a $1k for the license (see image below of the payment in local currency) but it marked the first time in ham radio history that a major DX operation used computerized logging program to record the QSOs and eliminate duplicate contacts. Relying of software developed especially for the DX operation by Don Greenbaum, N1DG (then WB2DND). The simple dBase software allowed only entry of the call sign to determine prior contacts or not and if worked on the same band and mode. Tom always felt that the so called insurance contact"  deprived others from making a QSO with a rare DX station because the repeated calls from stations which were already in the log wasted the time of the DX station – potentially depriving another deserving DX’er a QSO. Using N1DG’s software and N4NW’s unique contest style DX operation maximum rates were sustained for the entire TN4NW operation with no Duplicated QSOs in the log. 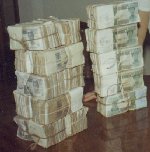 In 1989, after eight years operating from various African locations N4NW settled in Stafford Virginia. Although a new tower and antennas were erected stateside there certainly was a loss of the emotional high of the DX pile-ups. N4NW’s operating turned to searching for, contacting and confirming those DX countries still needed. In 1991 a two year assignment to Alaska in association with the National Park Service cut operating to a minimum. Conditions in the higher latitudes are vastly difference from those along the equator!

After returning from Alaska and retirement from the Diplomatic Service Tom’s ham radio attention turned to providing emergency communications support. Volunteering with Virginia's ARES N4NW soon appointed as the Emergency Coordinator for Stafford. In early 2001, N4NW was appointed as the Section Emergency Coordinator for Virginia. With the attacks on the United States on September 11, 2001, N4NW found himself in the middle of coordinating the amateur radio communications support for the Pentagon Relief. "All of the years of DX,ing and contesting served me well during those hectic days." he said.

In 2004, N4NW returned to the contesting scene with entries into the Virginia QSO Party with a good 2nd place finish and plaque for the most cities and counties contacted. In 2006 N4NW captured the top single operator place for the VA QSO Party.

N4NW has remained active in contesting with contesting efforts as one of the operators with the NR4M contesting station in Orange County, as well as participating in ARRL contests from his own station.

In 2009, N4CO departed Stafford and the Stafford DX Association and many of the antennas from that station are being installed at the N4NW and N4JOW stations.