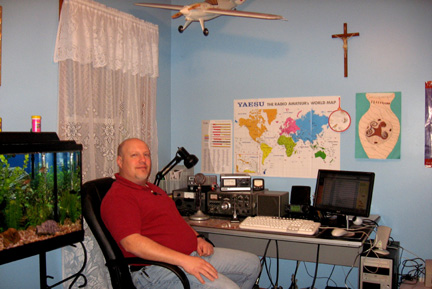 Joe, N4JOW, first licensed in 1998 began his ham operations in the local field day events and VHF hilltop outings with a local club.  After signing up for a midnight slot one year with the local VHF contest group operating atop of Flagpole Knob in the mountains of Virginia, he became hooked on contesting. He quickly decided that competition was his favorite part of the hobby and needed to work on his operating and contesting skills.

A couple of years ago (2004)  Tom, N4NW, invited Joe over to his QTH to participate in the ARRL DX phone contest along with, Riedar, K2PT.  Late in the night once again, Riedar put Joe operating the S&P rig, that was it, Joe became hooked on DX'ing as well. 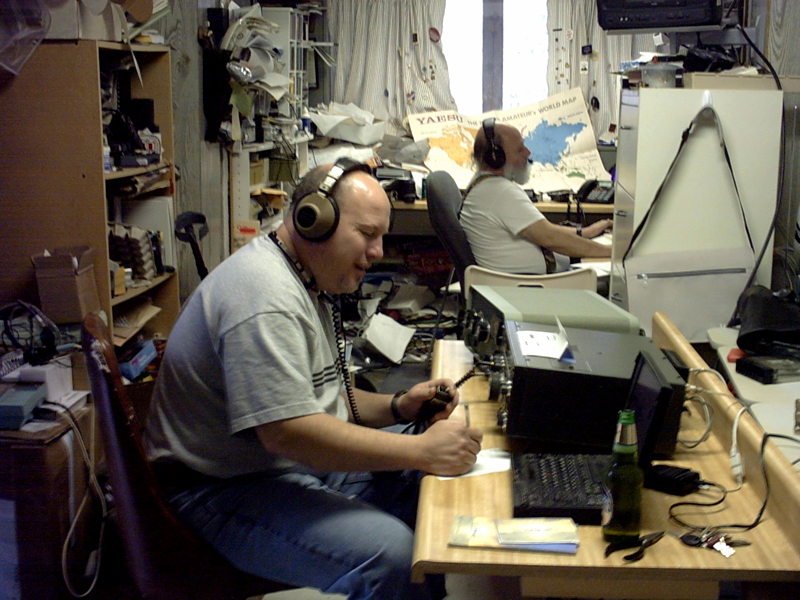 Joe, N4JOW (foreground) participates in his first DX contest. Tom, N4NW is in the background working the other rig.

While building his own station & antenna farm Joe has taken the opportunity to operate DX contests or volunteer on station projects at the local "Big Gun" station NR4M. Now in 2009, with roughly 99 % of his initial HF antenna farm assembled - 95 ft. of tower with TH7DX Joe looks forward to DX'ing & Contesting from his home QTH.